...and so is my car - YEA! the Foreign Service has made me realize how dependent I am on my car. I am quite unhappy without one. a month or 6 weeks is fine, but after that it really grates on me. I feel so restricted and i hate depending on other people. Well, this time it has arrived just in time as winter is really here. and here are some photos to prove it.


The Ski areas are just opening up. We went opening day to Zil, which is about an hour outside of  Bishkek. it wasn't terribly thrilling, but the snow is world class...not the heavy stuff we are used to. Otto has really become a great snowboarder. i haven't been on my board for 2.5 years, but it came right back. now i am ready for some challenging runs and back country powder. 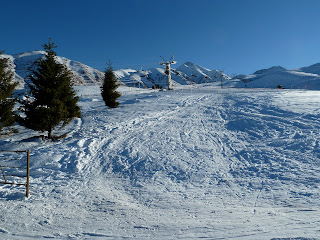 It is lovely here. very cold, generally below freezing, although it warmed up a bit the last 2 days, so some of the snow in the city has melted. this is the only thing Ouagadougou was missing.
Posted by leslie at 7:58 AM No comments:

We traveled to Almaty last weekend to pick up Jackson. He had spent the previous 3 weeks in NY in a kennel after there was a problem with his paperwork from Portland to NY when he was originally shipped in early Oct. Otto and I were again so excited to see him, but also anxious...worried that he wouldn't actually make it again. But it worked and he is with us. It was a painful experience getting the dog through customs. first off most flights way out here in Central Asia land in the middle of the night...so Jackson's flight arrived at 2am, so i had to be at the airport (cargo warehouse) at 1:30am. From there it was go here and talk to this person, go there to talk to another, go back to the original person....it went on like this for 4 hours. it was as if they had never cleared a dog through customs. Ugghhh, incredible frustrating. i had to pay someone ($250!!!) to translate, because of course i speak no Russian and the customs folks speak no English and are not the slightest bit motivated to help (unless you slip them a little cash...)

We had a very nice long weekend in Almaty. My regional doctor in the State Dept, who lives there, was kind enough to let us stay with him. His 4 yo was with him and she took to Otto...and Otto was very patient with her. it was very cute - but Otto wouldn't let me snap a photo. And the double bonus, they had a full weekend of things going on and we got to tag along. pictures follow. Almaty is so, so, so developed compared to Bishkek.  and so very expensive. hard to believe they are a 4 hour drive away from each other. Kazakhstan is oil rich which accounts for the difference. It is an equally beautiful city with mountains close enough to touch. The finishing touch to a great weekend was the fact that Otto's birthday was on the Sunday we returned home. 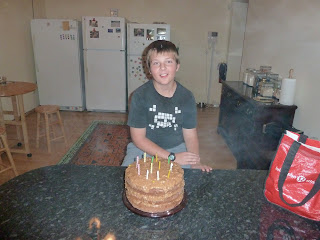 We really enjoyed the trip to Almaty. but it made us realize that we are quite happy in Bishkek. This is a nice size city for us. and much more affordable. i am sure we will visit Almaty a number of times during our stay here. it is nice to know we have such a developed city so close. Otto loves Almaty because you can buy REAL lego there.
Posted by leslie at 9:03 PM 1 comment:

TV I wish I had time to watch

Books that Surround Me